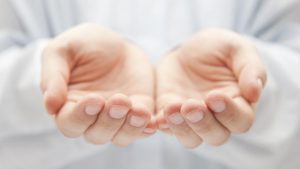 FAIRFAX, Va. – Vince Sheehy says giving back to the community has always been an “integral cornerstone” of his company, Sheehy Auto Stores.

Sheehy is president of the company, which on Thursday announced donations of $135,000 among 22 charities throughout the communities they serve in Washington, D.C.; Baltimore and Hagerstown, Maryland; and Richmond, Va.

The donations are part of Sheehy’s Annual Giving Program. Through the program, each dealership partners with local non-profit organizations.

Sheehy Auto Stores, which says it is the 32nd largest dealer group in the country, is a family-owned business that serves customers throughout the Mid-Atlantic. The business started as one Ford store in 1966 in Marlow Heights, Md.

“Our dealerships and teams do much throughout the year in donating time and money for a variety of charities,” Sheehy said in a news release.

He continued, “As a company, we are pleased to continue our annual end of the year giving campaign that supports several community causes.”

Through the program, the following Washington, D.C.-area charities received donations, including:

— The. St. Lucy Project/Catholic Charities of the Diocese of Arlington ($10,000)

In the Richmond, Va market: