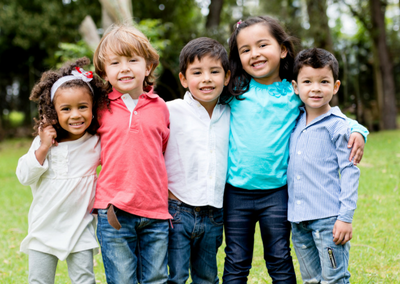 During this season of giving, many charities focus on helping children. Contributions to affordable housing programs are some of the biggest impacts donor can make to improve a child’s life, a lesson that’s worth remembering all year.

Our experiences at Good Shepherd Housing certainly back this, but so does a variety of research from major government and nonprofit agencies.

“Affordable housing may foster the educational success of low-income children by supporting family ﬁnancial stability, reducing mobility, providing safe, nurturing living environments, and providing a platform for community development,” according to a 2014 literature review from the Center for Housing Policy. Among their findings was that more reliable affordable housing can help reduce housing-related stress on kids, create stronger community ties, and free up more money for parents to spend on their children.

For families who cannot afford market-rate rents, many make do with substandard living conditions, which also can have a negative impact on children, especially kids who aren’t yet school-aged. Substandard housing often has higher rates of mold, rodent infestations, and lead, all of which can increase the likelihood of children suffering from asthma, lead poisoning, and other health issues. The national asthma rate is 9.4 percent, but that rises to 12.2 percent for children in families living below the poverty level, according to an article from the Department of Housing and Urban Development.

“Early childhood exposure to lead has been linked to IQ deficits in children as young as three, visual-motor integration problems, poor school performance and lower levels of proficiency in reading and math, attention and behavioral problems, juvenile delinquency, and an increased likelihood of dropping out of high school,” HUD notes.

A report from the Urban Institute breaks down the benefits even more. A child in a high-quality home can study stress-free. A stable home means they aren’t playing catch-up with every move, and so don’t fall behind academically. But that only happens when parents aren’t spending 40, 50, even 60 percent of their income just to keep their family housed — and in often less-than-ideal conditions.

The issue isn’t limited to the families who suffer housing instability. There’s a broader societal impact at play, according to a presentation by Thaler McCormick, CEO of Virginia’s nonprofit For Kids: Help Us Help Homeless Families, based in Norfolk.

Weighing the impact on social services, transit and lower graduation rates, he estimates that “each homeless child costs our country approximately $20,000 per year.” Nationally, that tally rises to $30 million. Homeless students have a 24 percent higher failure rate in the city of Virginia Beach compared to their peers with more stable housing, he cites as one example. They also had more suspensions, and significantly lower grade-point averages.

“It would be less expensive for society to provide permanent housing for homeless families than to bear the high cost of homelessness and its long-term effects,” he writes.

Not all of the children in all of these studies were homeless. Many did have homes. But those homes were not affordable, or not safe. All of that places a burden on children, who lack the security they need to thrive. The cost isn’t just about them. As McCormick notes, this is an issue that impacts all of us.