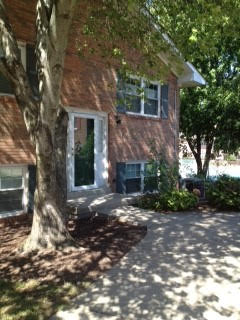 GSH was formed in 1974 when parishioners at Good Shepherd Catholic Church realized there was a need to house a struggling family and they came together, first providing emergency shelter at a local hotel, and then building a home. As times changed, the volunteers realized that need in the area had grown exponentially. In response, the organization began hiring a permanent, professional staff and acquiring affordable housing units scattered throughout the Alexandria area of Fairfax County.

“With this milestone, we have taken a first step to significantly increasing the number of quality, affordable housing units in the Mount Vernon area,” said David Levine, who is the President and CEO of GSH. “Our housing will provide a future of housing stability for hundreds of struggling families and potentially thousands of families over many decades.”

GSH is situated along the historic Route 1 corridor of Fairfax County and has successfully housed thousands of neighbors in need, with their numbers growing every year. On average, GSH clients stay in GSH housing for 26 months and earn between 30 and 50 percent of the average median income (AMI), which in Fairfax County is $107,000 for a household of four. An analysis of the local real estate market has shown that for every two families that are within the 30 to 50 percent AMI, only one housing unit is available that is also affordable.

About Good Shepherd Housing and Family Services
Since 1974, GSH has been reducing homelessness and enabling self-sufficiency by providing permanent affordable housing, emergency financial services, budget counseling and case management to working-class families in Fairfax County. Earning numerous accolades for their work, GSH received the 2013 Washington Post Award for Excellence in Nonprofit Management, and was named one of the best nonprofits by the 2014-2015 Greater Washington Catalogue for Philanthropy.