GSH leases, as well as owns, housing units.  Unlike our owned units, leased units can be rented to families at any income level. Many of these families make enough to afford market rent, but they have poor credit or a past eviction that makes it difficult for them to access housing. Some of the families have vouchers and have had difficulty finding a landlord willing to lease to them. GSH is the landlord who can provide them the second chance they need or the understanding that a voucher doesn’t make you a bad tenant.

Among our leased units, we have one single family house that we lease from an individual and, in turn, lease to a family – a mom and daughter. They have lived with us for a number of years.  Unfortunately, over the past few years, they have not been able to keep up with the yard.  They can afford to have the grass cut, but that is about it. The tenant loves the flowers in her yard, but she just can’t keep up any more.

So – just when we needed help, we had a few different groups offer to help with any project we might have at one of our units. Volunteers from UPS, Chris Reddick from the GSH Board, and members of Calvary Presbyterian Church helped to pull weeds and vines and bag them up. They trimmed bushes.  They split hostas and replanted them. They replanted gladiolas. They trimmed up trees. They spread mulch. The yard looks so neat and tidy now!  The tenant can’t stop saying thank you. 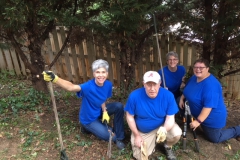 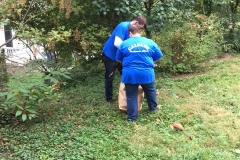 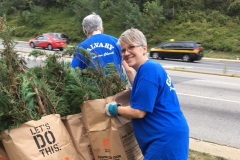 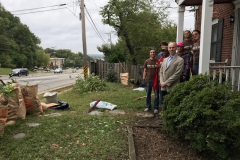 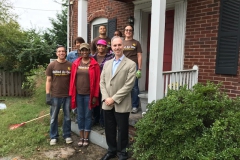 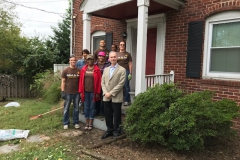 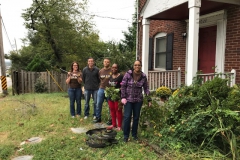 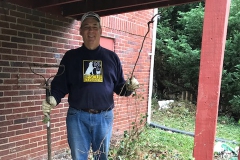 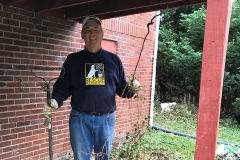