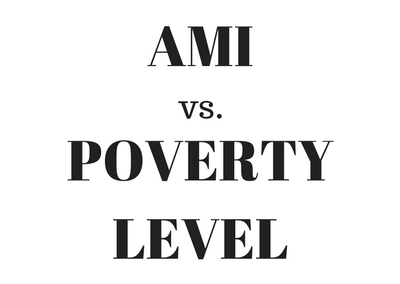 by Candice Bennett, Director of Development

Good Shepherd Housing is participating in the NAP tax credit program through Virginia’s Department of Social Services. The program has been in existance since 1981. The past 6 years have seen quite a few changes to the codes and regulations governing the program.

Yesterday, I had a chance to attend the meeting of the Virginia legislature’s Joint Subcommittee to Evaluate Tax Preferences and learn what programmatic changes might be coming in the future. Toward the end of the meeting, there was an opportunity for public comment.

As I listened to several other non-profits from around the state speak up about how they would like to see the program changed, I became alarmed about one particular request.

In the current code, the tax credit can be offered to non-profit organizations, like ours, where at least half of the population that they serve must be considered “low income”. The current law for this tax credit defines low income as “300% of the poverty level.”

There are some in the state who would like to lower participation in the program, by redefining low income as “200% of the poverty level.” The argument, which is sensible, is that organizations should be truly helping those in need.

However, what many people in other parts of our state often forget, is that here in Northern Virginia, our Area Median Income (AMI) is one of the highest in the states. So a person who is at 300% of the poverty level in Roanoke or Petersburg, could be doing fairly well, as the cost of living is significantly lower in those regions. Yet, here, we have families, as we have seen time and time again, who could be at that same level, and forced to live in cars or hotels, because they simply can’t find housing that is within their reach.

I took a moment to address the committee and raise this concern, and we will be following up in the near future to share our research with our legislators. Our hope is that they consider using AMI, which the Department of Housing and Urban Development does, instead as a determining factor for low income to account for the highly variable costs of living throughout the state. If you would like to help us make the case, please reach out to me at the office.