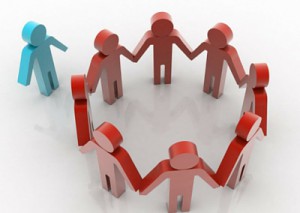 “This is really a story about kids.”

So says sociologist Ann Owens, speaking to the Washington Post in May about a bombshell study published this spring. Inequality among neighborhoods has risen sharply in the past 10 years. Call it the ghettoization of American living — it’s the tendency of wealthy earners to cluster together in certain neighborhoods, and low-income earners to cluster together in other areas, and for the two groups to rarely interact.

The disparity appears to be driven by families with children.

This means a child of two college-educated, white-collar parents is more likely to live near kids of similar backgrounds, to such an extent the child may rarely interact with the kid of a day-laborer, a cashier or a plumber, and vice versa.

It means a kid from a lower-income neighborhood may not have the same access to services, programs, safe and clean housing, and the same kind of education, as the kids of better-off peers. In New York City, for example, more than 50 percent of the population lives in very high or very low economically segregated areas.

Much of this trend comes down to is schooling. Tonier suburbs with great schools attract more professional families, prices rise, and the cycle self-perpetuates. Meanwhile families who earn less live in poorer areas that may have under-performing schools.

The negative implications here aren’t just about education levels and resources. Studies, like the ones in this New York Times Magazine article about generating support for LGBT rights, show that people are more likely to support services when they know people from different economic backgrounds. When families become economically segregated, the two sides have fewer chances to relate and understand. The wealthier families may become less likely to support programs and funding for the lower income families, because they don’t know them.

How do we fix this?

Families who have worked hard to earn degrees and attain high-paying professional jobs shouldn’t be vilified for wanting the comforts they’ve earned, the good schools they arrange for their children, or for the economies of market-rate real estate.

Some programs that target bringing high school children together from various backgrounds  in the same classroom has proven eye-opening. But a few, occasional classes aren’t a long-term, sustainable plan.

What we as a community can do, however, is acknowledge this inequality and work to help everyone connect, and have access to similar communities and services.

Owens suggests that eradicating some school district boundaries and opening up school choice may help — if a family can live almost anywhere and still gain access to a good school, then the real estate options broaden.

Public support of zoning that would allow smaller or less expensive living spaces near good schools, and support for more affordable housing in these high-income, good-school areas, is vital.