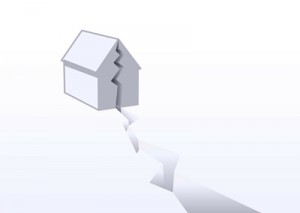 She’s working a $20 an hour office administration job. Thankfully she has benefits, but she’s also raising two young kids alone. She brings home about $650 a week, after taxes and benefits. That’s about $2,600 a month, which isn’t much when groceries alone eat up about a quarter of her pay.

She’s lucky to have landed subsidized housing, but then one month her daughter fell sick — the girl picked up bronchitis one winter, and needed about two weeks to fully recover. Jess took off some sick and vacation time, but she’s docked pay for taking too much time off. There were insurance copays and a prescription. She chose her daughter’s health over the light bill, and fell behind on her utility payments. Her credit took a hit.

Her sick daughter gets well, but then the other child catches whatever she had. Jess falls even farther behind. She’s late on her rent. Her landlord has no shortage of people who would take the apartment, and no patience with people who can’t pay on time. Jess has no one to help her.

Jess and her kids might find another option, but now their credit has suffered, eviction haunts their record, and their former landlord certainly isn’t going to vouch for them when a potential new landlord wants a recommendation.

Despite having a job that pays well above minimum wage, Jess and her girls are homeless thanks to two common childhood illnesses.

Jess may be a figment, but her story is certainly real. There are few safety nets for working parents, especially single moms. Landlords can be choosy. They can afford to be choosy. One bad mark on a credit or rental history can become a downward spiral.

Earlier this year, a woman writing for Vox detailed “a perfect storm of unaffordable rent, incompatible roommates, non-living wages, and an inability to find full-time work” that pushed her into homelessness three times. She’s 50, works office administration jobs, suffered a health scare she’s still paying off, and is no stranger to living in her car.

A DC mom lost her subsidized apartment because the government was a day late in paying their portion. The landlord dumped her belongings on the sidewalk while she was at work. By the time she came home, everything down to her kids’ bikes was gone, she told NPR. Not only did she lose her home, and face a lengthy waiting list for another subsidized option, she then had to scrape together enough money for basics like furniture.

About 75 percent of working adults with annual salaries similar to Jess’s who rented were “housing burdened,” meaning their housing swallowed more than 30 percent of their income, according to 2014 data from the Equitable Housing Institute.

Women and minorities are especially at risk of entering this cycle of homelessness and poverty and never leaving, according to a new book by Harvard sociologist Matthew Desmond, who recently published a book about this topic and whose work recently appeared in The Atlantic.

Getting a job alone isn’t a panacea — in our broken system, it’s sadly common for many hardworking people to work full time and still lose their home, despite doing all the right things.

It’s not their fault. They can’t break the cycle of homelessness without our help.