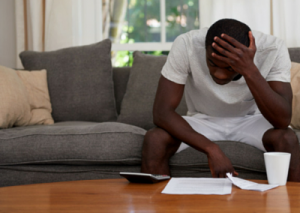 At GSH, we often talk about the high and unaffordable cost of housing.  It is a reality for many renters.  For instance, just this week, the chief economist of the National Realtors Association noted that rents are at a seven-year high in our area.

But we often never talk about the other benefits of suitable, safe, permanent affordable housing — that the renters living in this housing no longer have to worry about finding their next home.

A recent Washington Post article (“Being Poor in Washington Means Worrying about Housing”) reported on the outright stress caused by unsanitary, unsafe and costly housing.

The authors interviewed 600 low-income DC residents about the stresses within their lives.  All of the participants were at or below 200 percent of the Federal Poverty Line (FPL), which is $24,300 for a family of four.  (It is commonly thought that households need to earn over 200 percent of the FPL to afford basic necessities, including housing).

As the authors noted, “Finding and keeping affordable housing is by far the dominant stress among low-income residents – more so than concerns about food, education or domestic violence.”

Even though they are housed, these low-income families fear that the rental costs of their current housing will increase exorbitantly.  They worry about whether their unit has health dangers— such as pest infestations, mold, or a malfunctioning HVAC unit— or is a firetrap.  They think about the safety of their family living inside one of these units, which is a colossal worry.

For those fortunate enough to live in one of our 84 permanent, safe and affordable rental units, they would not have this worry.

Most of all, they will not have to fear that they’ll be out of housing and homeless again.